I have probably mentioned a worm racing game I that remember making a long time ago but so far I had no evidence that it even existed. I had already began to question my memory when I recently found a pile of 3.5" floppy disks from my parents' house. One disk in particular caught my attention:

Of course I didn't have any PC with floppy disk drive at hand as I'm not too keen on hoarding obsolete hardware. Luckily there was one external USB floppy drive at a local public library that I could use. I went through the pile of disks: A few of them were completely gone and many required multiple attempts to read them without errors. The mystery disk with marking "WR" initially seemed damaged beyond repair but I eventually managed to create an image of the disk and got access to its contents. And there it was, the long lost game called Worm Race with its QuickBasic source code! There is even documentation on how to make tracks for it (in Finnish).

Worm Race is very likely my first finished proper game project. The player controls a worm and the objective is to finish a set number of laps around the track while collecting colored boxes appearing around the track. There is a high score table for the fastest players.

The source files are dated in 1994 and 1995. The game is written entirely in QuickBasic. Soon after finishing this I switched to C language because even this simple game was already hitting the performance limitations of interpreted Basic language on a 1994 low-end PC.

A bit surprisingly, I was able to run it in DosBox without any issues. Here's the original version 1.1 in case someone wants to give it a go. 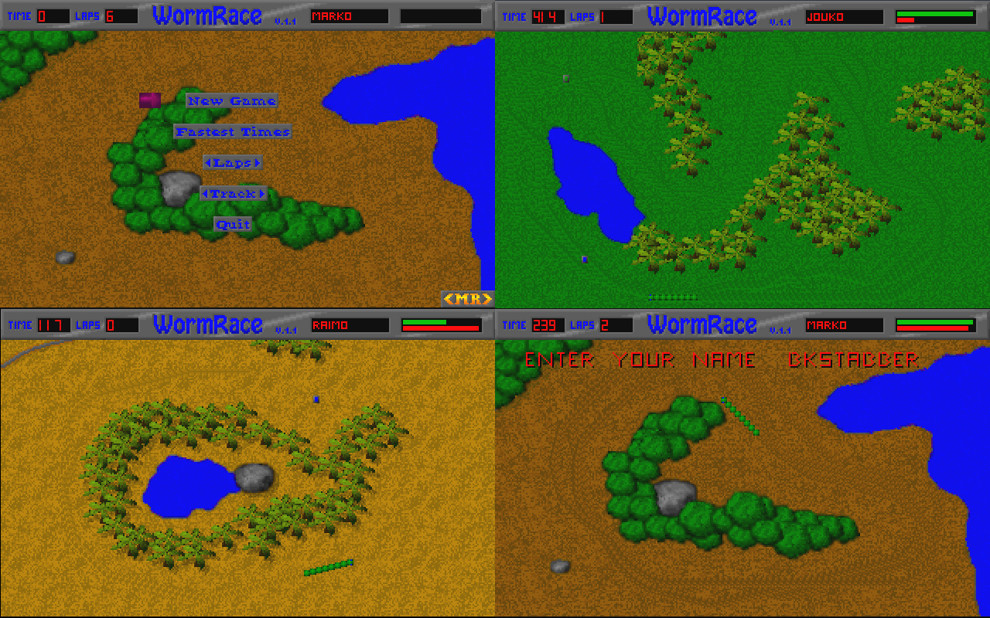 It's nice to know that this game really existed.