The next alpha update to Polychoron is here! This might just be the last alpha version before beta phase. 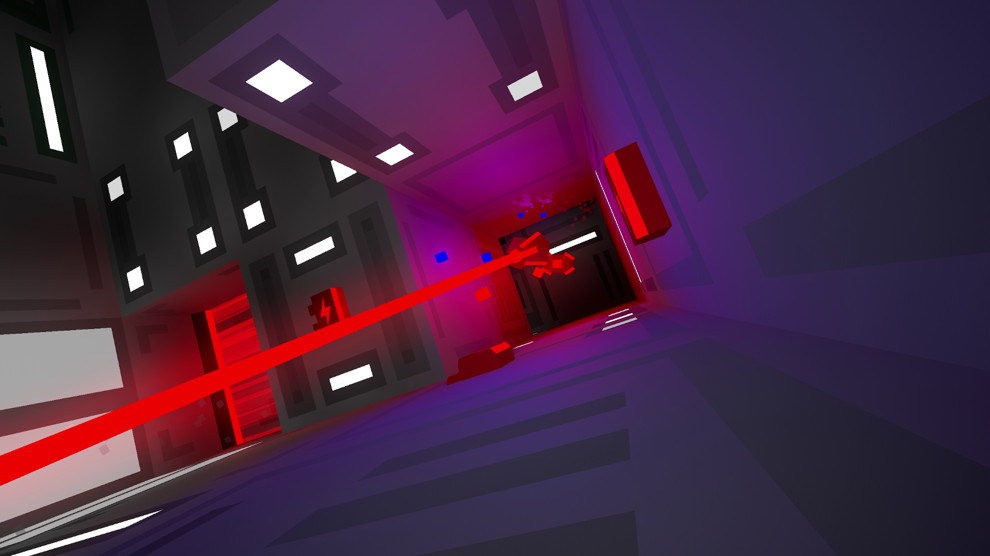 This update adds two new ship module power-ups. The first one is an emergency repair module that repairs the ship once on level start when badly damaged, the other is a rail gun:

When enemies are destroyed, so called kill markers (red crosses) are left in their place. The idea is that it helps player recognize already visited areas. I'm not sure how well this works or if it's really necessary. Please let me know what you think.

Enemy behavior has been tweaked again. Mines no longer require contact or damage to trigger. Instead, they trigger after long enough line of sight to player. This makes them considerable more dangerous. Laser beam wielding sentries now activate their shield when they lose line of sight to player so the player has to stay visible to be able to damage them.

Now that Godot Engine 3.3 stable is available, I have updated the web version to take advantage of some of its new features. The game now uses threaded audio which fixes delayed and stuttering audio in previous versions but requires browser support. Currently it should work in recent Chrome, Firefox and Edge browsers. Unfortunately, Safari does not support required features.

Here are the changes since version 0.0.9: