First update to Hyper Ultra Astronautics after the release is here and it's more than just a maintenance update. It does fix a bunch of bugs, but it also adds two completely new game modes.

The new game modes are scorematch and its team based variant. Individual players or teams compete with each other and try to reach set target score first. In addition to taking out enemy drones for points, killing a competing player will drop part of the player's or team's score for others to fight over. As the match nears its end and everybody has collected more points, it gets more and more profitable to kill competing players instead of enemy drones. This makes the gameplay change over the duration of the match. 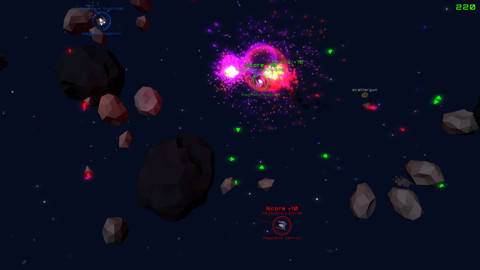 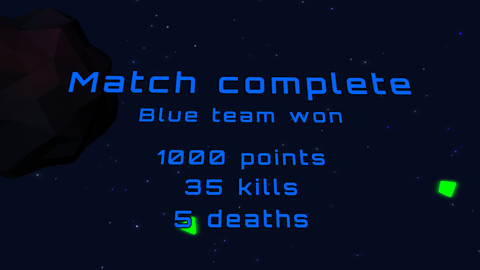 The mobile controller app has been updated too. It now uses vibration to give feedback when player's ship takes damage. Together with this game update, game discovery in the app will now work in many WiFi networks where it was previously unable to find the game. It still won't work in the most locked down networks, but this change improves overall compatibility.

Here are the changes since version 1.0.0:

Updated packages are available for download on Itch.io page and the official game page has been updated. The updated controller app is available on Google Play.