It took longer than I planned, but the next alpha version for Hyper Ultra Astronautics is ready!

There are some important visual improvements like the large dark asteroids floating in the background and geatly improved glow effects.

The single most important addition is the new game mode called Survival co-op. It was initially intended as a single player practice mode, but it doubles as a co-op survival match for multiple players. Basically you fight against waves of drones and your mission is to survive as long as you can. Players can drop in and out anytime, but total number of lives is limited. Amount of enemy drones is scaled based on the number of active players. Currently there is only one enemy type, but more will come. 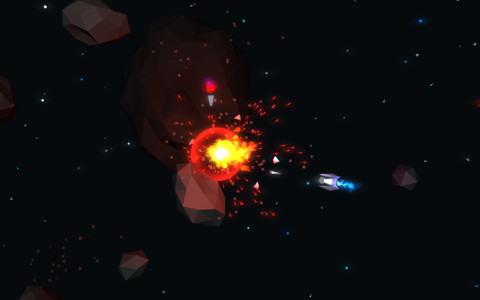 As usual, the downloads are available on Itch.io page. The game page here has also been updated.

All feedback is welcome!