It is time for another update to Hyper Ultra Astronautics!

This release adds one more weapon and some music: Ambient background track by Marcelo Fernandez and a D&B loop at match completion by DavilOne. As usual, there is a long list of bug fixes and improvement too. The mobile controller application for Android has also been updated with About -dialog and much improved virtual joystick.

Here's the new weapon in action, shooting through asteroids and disabling any ships in it's path: 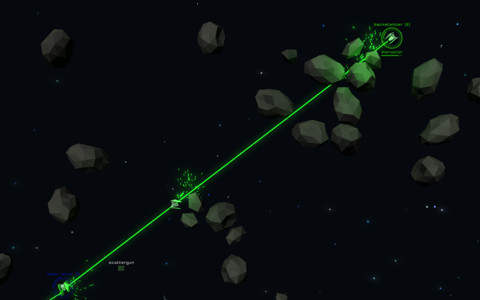 You can leave feedback in Itch.io community, or contact me here directly.

Check out the game page for more information or jump directly to Itch.io page for downloads.