It's been a while since last sign of life here. Although the development has been slow, I have been working on Hyper Ultra Astronautics. This update brings a weapon that lets you teleport inside objects to blow them up, a pause mode with free camera movement and a lot of minor tweaks and fixes.

I also managed to fix a few Windows version compatibility issues and the game should now be playable using Wine. I have only tested this on Linux, but it should run on OSX too. If somebody has the time and hardware to test it, please let me know how it goes. 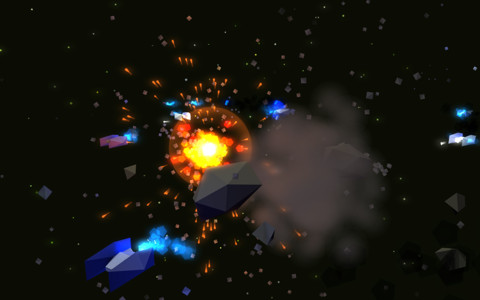 Please let me know what you think about it. All feedback is welcome. You can write in Itch.io community, or contact me here directly.

Check out the game page for more information or jump directly to Itch.io page for downloads and discussion.