The big new feature in this release is local split-screen multiplayer support:

There are also other changes related to multiplayer experience. Kills are no longer directly counted, but you get score for each kill, just like in single player game. Player with highest score wins. The idea is that this allows other means of winning than just kills. For example, in the the new multiplayer level "collector" there are sample vials that can be collected for score. In addition to just killing the other players, you will have to fight over access to the vials too.

All the planned major features have now been implemented. This game has been in development for well over four years, so it feels really good finally getting to this point. I'm still not setting any hard dead lines or final release date, but I will soon be switching to beta phase and it looks like the final release could be out sometime in the first quarter of 2015. 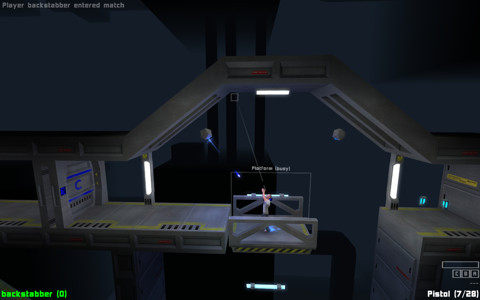 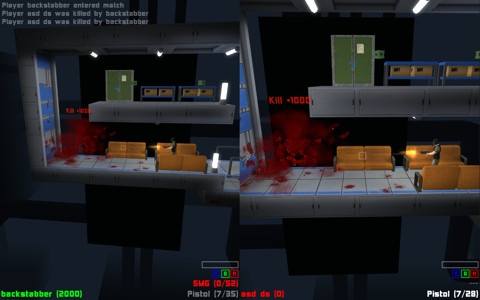 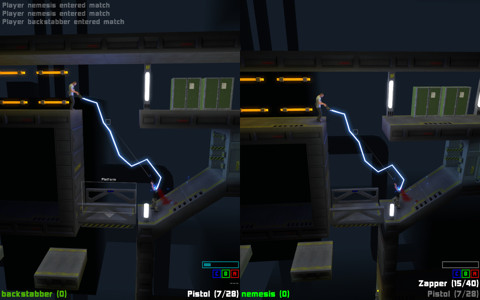 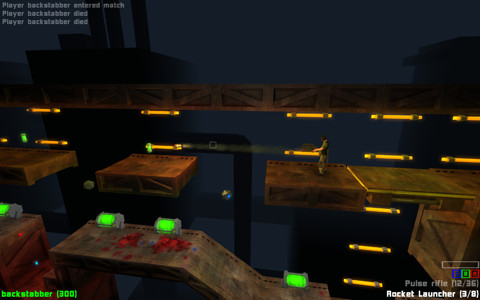