This release brings some major graphical improvements. The most visible change is the new much more detailed human character model. Human enemies have also been updated to use this new model and they have been re-textured too. Several dynamic objects (like barrels and eggs) now cast shadows, which makes them fit in much better.

A completely new enemy type has been added. They are called "spiders" due to their similar looks, although they are nothing from this world. 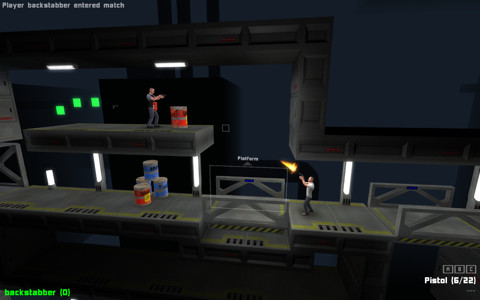 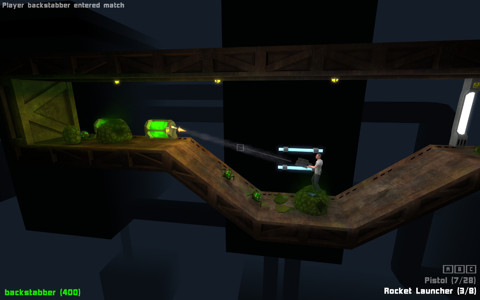 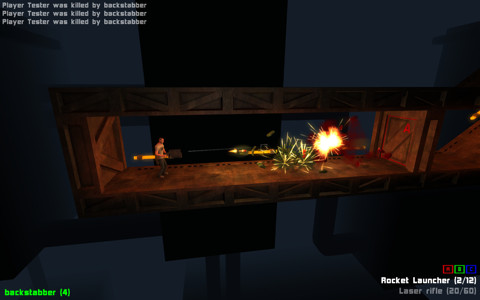 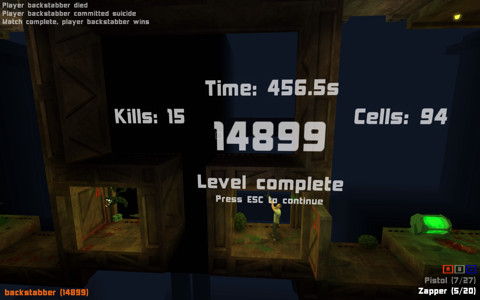 I have finally recorded some up-to-date video footage too (the first one contains gameplay clips from 24th single player level, the latter shows the in-game level editor in action):

Download links have been updated on the game page. The update will soon be available on Desura too (uploaded and waiting for approval).

Next I will focus on improving the high score related features. There will be changes to how the score is calculated in the first place, because there are currently some "loopholes". I will also be experimenting with online leaderboards to see if such feature would be somehow feasible without requiring player registration.