After the last alpha release I've been mostly re-drawing textures for level blocks along with minor changes to models. The next release will focus on visuals and single player game improvements. In addition to re-texturing all level blocks I intend to add some sort of very basic shadow for human characters and make changes to single player score calculation.

I have finished new textures for storage and technical level block themes. This is how they look: 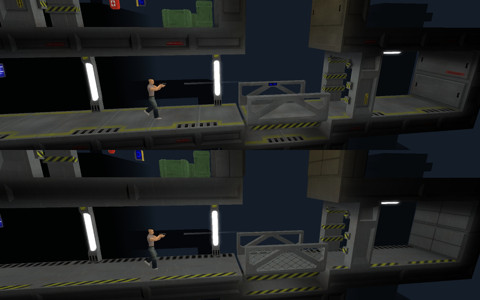 Next I will work on lab theme texture. This will be the hardest one, since the current texture simply looks bad. It's way too repetitive and does not fit together with the other themes.

Based on the poll on "most important improvements" a while ago I planned some changes to player character animation, but I may have to push those one release further.