Two most visible changes in The Platform Shooter since last alpha release are crouching support and improvements to explosions. Explosions have received multiple sound variants and support for fragments. The latter feature has been utilized in human explosion, which now creates gibs that bounce around smudging the walls. Crouching allows player to take cover behind objects. Currently the good old crate is the most usefull object for hiding behind, but few more suitably sized objects will be added later.

I took two new screenshots to serve as proof: 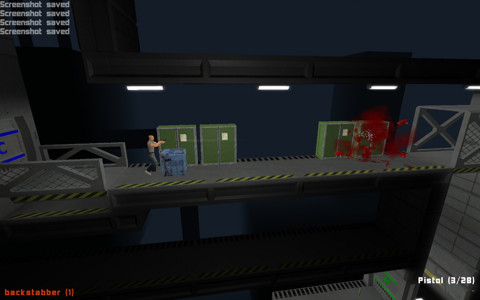 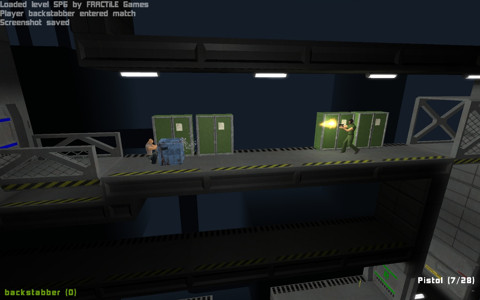