The Platform Shooter development has been progressing a bit slowly but steadily and it is now time for a new alpha release.

The most visible changes in this release are changes in platform and elevator behavior, added sentry guns and a two new single player levels. The mouse control has been greatly improved. It is still off by default, so you'll need to enable it from settings menu (Settings->System settings->Mouse controller). Keyboard controls have also been slightly changed for more intuitive control with mouse (similar to classic WASD keys).

Here is a list of changes since 0.2.1 alpha release:

Downloads are now available for Linux and Windows at the game page. Three new screenshots have also been added: 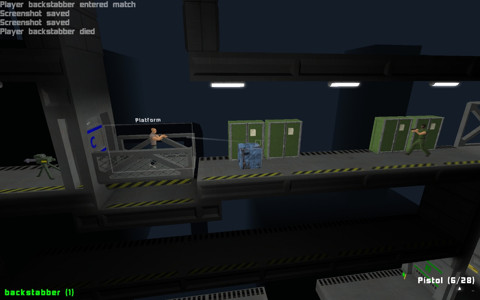 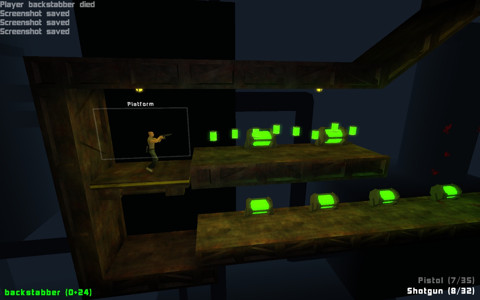 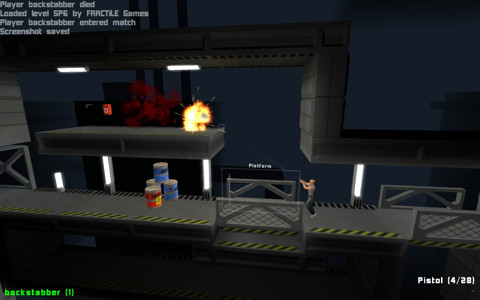