I created one more multiplayer level and have almost finished design for new single player level too. There's also a brand new weapon: The bolt gun. A big gun shooting nasty steel bolts that stick to walls and deliver a good punch when you catch one in your back. 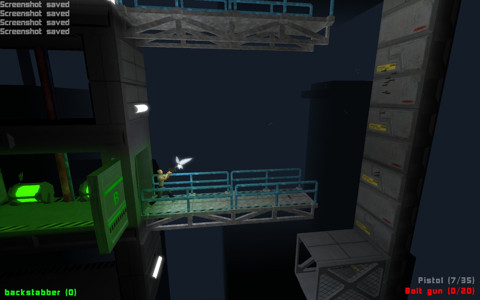 The next alpha release is nearing. More testing and bug fixing is still needed, but after that it's time for a release. Let's hope no major problems show up..