MoleZ is a brutal underground 2D shoot'em up for two to four players on a single computer. You are a mole armed with a wide range of different weapons; from shovel all the way to the rocket launcher and nuclear grenade. Your only purpose is to kill the other moles or at least hurt them as much as possible before you die. The player with most kills wins!

MoleZ became almost legendary, at least in Finland. It started a whole new genre of "side view dig & shoot deathmatch" or real-time Worms-style games. Several clones (for example Liero) has been made from it since.

MoleZ was originally released in 1997 under donation based licensing terms. It was re-released as freeware on christmas day in 1999.

Since MoleZ is an old DOS game it will not run directly on modern operating systems. However, there is an excellent free DOS emulator called DOSBox, which lets you run MoleZ at least on Linux and Windows. 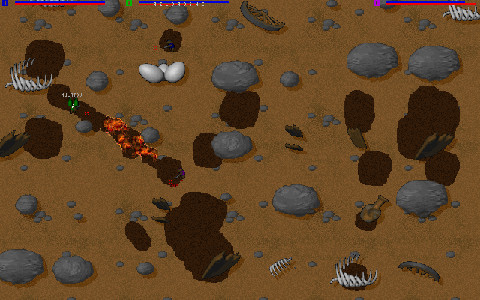 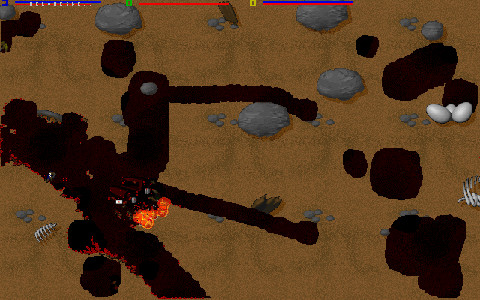