Hone your pilot skills in solo or co-op survival matches and challenge your friends to a competitive match. Outmaneuver your opponents, take cover behind asteroids, collect bigger guns and take down your enemies!

Hyper Ultra Astronautics is an intense local multiplayer space shoot'em up for 1-16 players. Run the game on almost any PC, play using keyboard, mouse, gamepads or join the match using your mobile phone as controller.

Downloads and discussion boards are hosted on Itch.io: 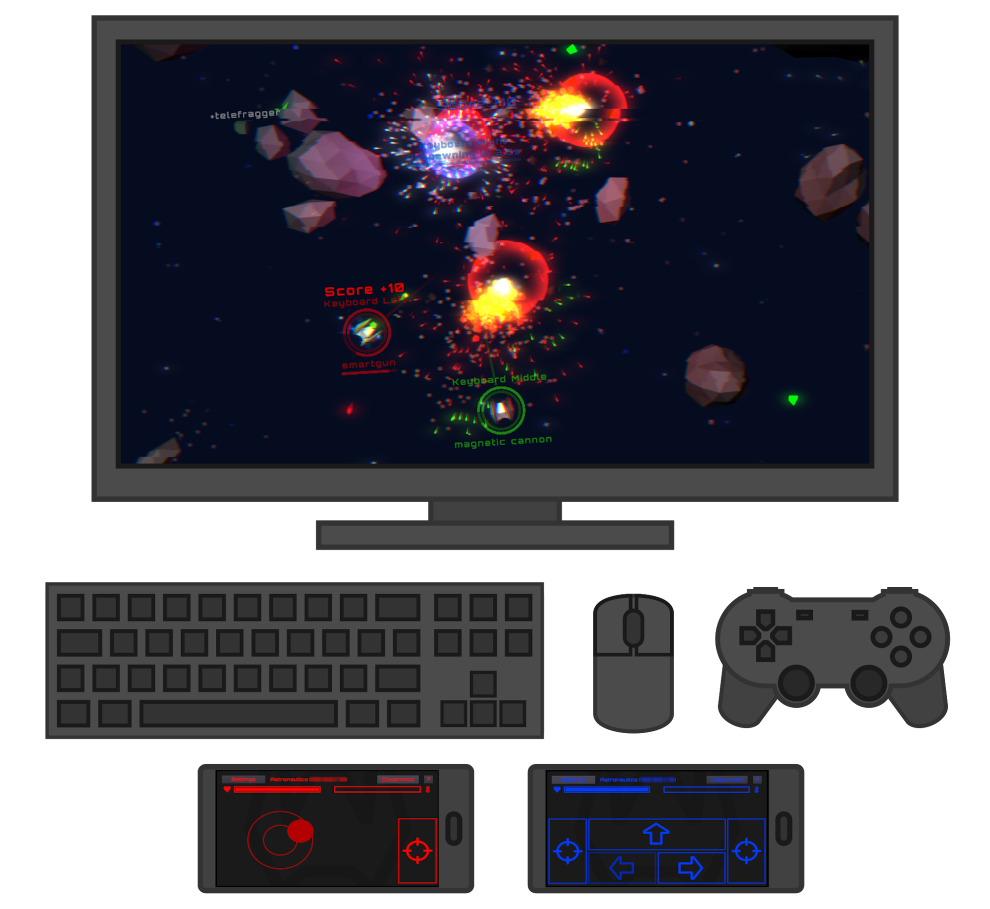 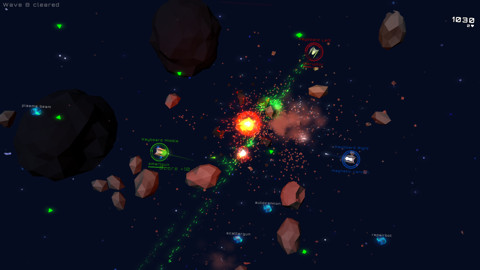 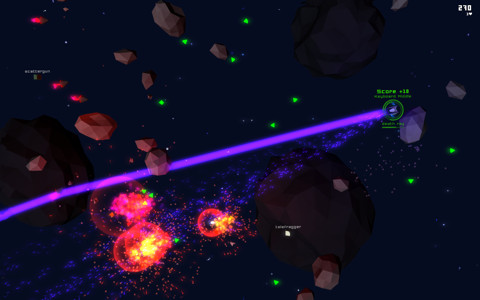 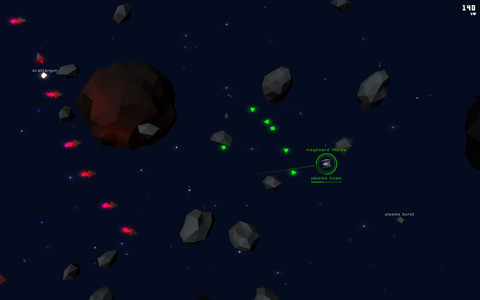 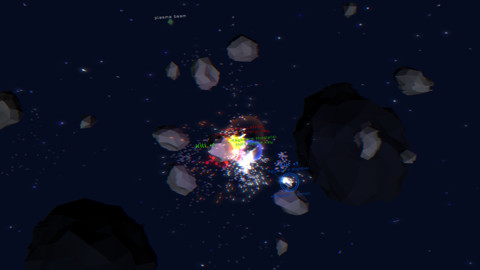 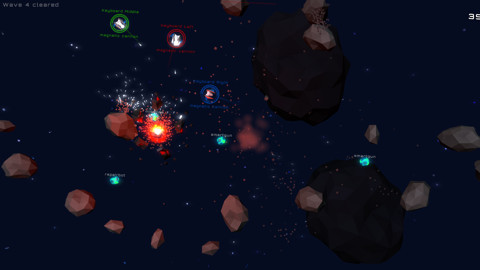 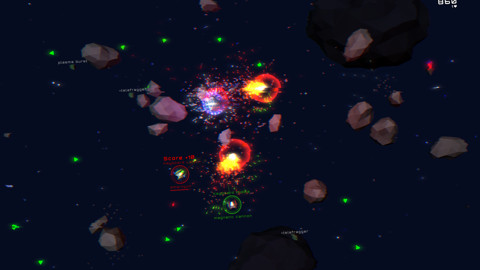 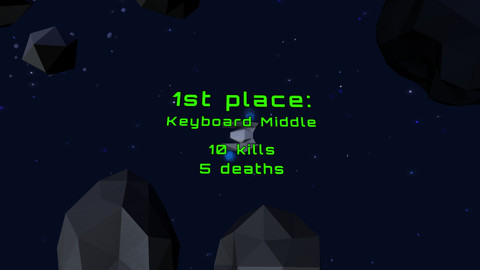 Some system pop-ups appear behind full-screen game in Windows. Firewall pop-ups are especially problematic as they might block the game from starting and it looks like it's just loading indefinitely. If you can't alt-tab to the pop-up, hitting Ctrl-Alt-Del will open the login screen and minimizes the game window, so you can get to the pop-up. Alternatively, you can pass --video-fail-safe command line option to the executable to start the game temporarily in windowed mode.

In some desktop enviroments on Linux when using full-screen resolution higher than the desktop resolution, the screen gets cropped. This appears to be a bug in GLFW.

Windows or Linux PC with Intel HD4000 or better GPU. Mobile controller application requires Android 4.3 or later and Wi-Fi access to same network with the PC.

What gamepads are supported?

To put it shortly, a lot. The game uses game controller database for SDL2 which provides support for over hundred gamepads in total.

If you have a gamepad that is not supported, you can add it to the database. Easiest way to do that is to download SDL2 Gamepad Tool by General Arcade and use it to create mapping for your gamepad. Add the mapping string created by the tool to the end of gamecontrollerdb.txt -file in game directory. You should also request the mapping string to be included in the DB.

What if there is no Wi-Fi network available?

Easiest way is to connect the PC and mobile devices to same pre-existing Wi-Fi network. If you want to play with mobile controllers and there is no Wi-Fi available or it is restricted, you can set up one yourself. You can do this either on one of your mobile devices (usually called Wireless Access Point or Wi-Fi hotspot) or on your PC (instructions for Windows 10 and Ubuntu 16.04).

Why does my firewall say the game wants to "act as a server"?